Thanks to all our readers for a very positive response to my previous blog on “Informatica PowerCenter Developers Guide to Talend”. The first part of the series provided an overview of the architectural differences between PowerCenter and Talend. It also provided a primer on Talend Studio – our unified development environment – for developers transitioning over from legacy PowerCenter tools.

In the second part of the series, I’d like to dive a bit deeper into the internals of Talend’s code-generation process and why it is important to become a more effective and productive Talend developer. I will also provide a mapping of some of the most commonly used Informatica transformations to the equivalent Talend components.

If you are familiar with the details of PowerCenter’s multi-threaded execution engine, you will know that every session is an operating system process with (at least) three threads – reader, transform and writer. From a memory allocation standpoint, the session is allocated a certain amount of memory (“DTM Buffer Size”) when the process starts up. Cache-based transformations have additional memory allocated to them.

Memory allocation and multi-threading works differently with Talend and, as a developer, you need to be aware of these differences. Every Talend job is a process running within JVM and has a certain amount of memory allocated to it (Fig 1 shows how to configure it). This memory is shared across all subjobs and components that are part of the job. 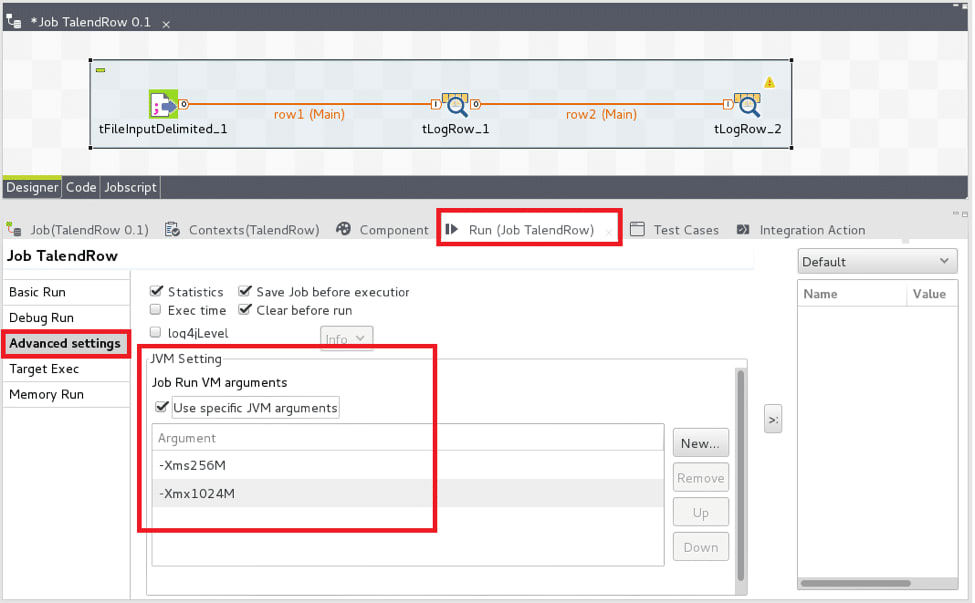 Every subjob when implemented as a data flow, is executed as a loop over a data set. The Talend generated code reads one row at a time from the first source component; processes that row through every component that is part of the subjob; writes the row to the target and goes back to the source component to get the next row. After the code has looped through all the rows in the source, the thread exits the subjob. 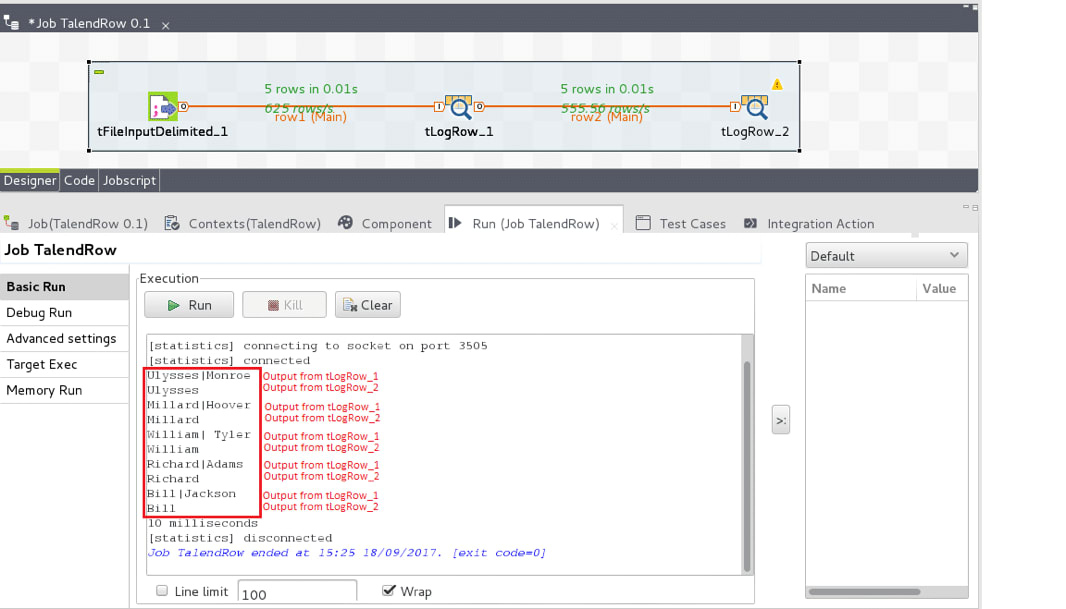 In the example above, we dissected a very simple subjob and understood that the data is processed end- to-end, one row at a time.  However, there are a couple of exceptions to this:

1. When an Iterate loop is implemented in the subjob

In this situation, all rows in the component you are iterating through are read before control is passed to the next component. Once the iteration over all rows has been completed, the code for downstream components is executed one row at a time (just like the previous example).

Here’s an example of how an iteration works in Talend - https://help.talend.com/access/sources/content/topic?pageid=tpw1550478454088&afs:lang=en&EnrichVersion=7.3

2. If there is a “Blocking” component in the code

Let’s define a “Blocking” component as one that requires a batch of rows (instead of one row at a time) to complete processing e.g. When you need to sort all the rows from an input using the tSortRow component, it will read all the rows and store it in memory before starting the sorting process and sending the output to the next component. Components like tSortRow “block” the rows from moving forward until the sort (or some other process) is complete. To illustrate this (see Figure 3), I have modified the previous example by introducing a tSortRow component between the two tLogRows in the subjob. Unlike the previous example, where we noticed outputs from tLogRow_1 and tLogRow_2 appear on alternate rows, in this example we see the output of tLogRow_2 appear only after all the rows from tLogRow_1 have been sorted by the tSortRow_1. 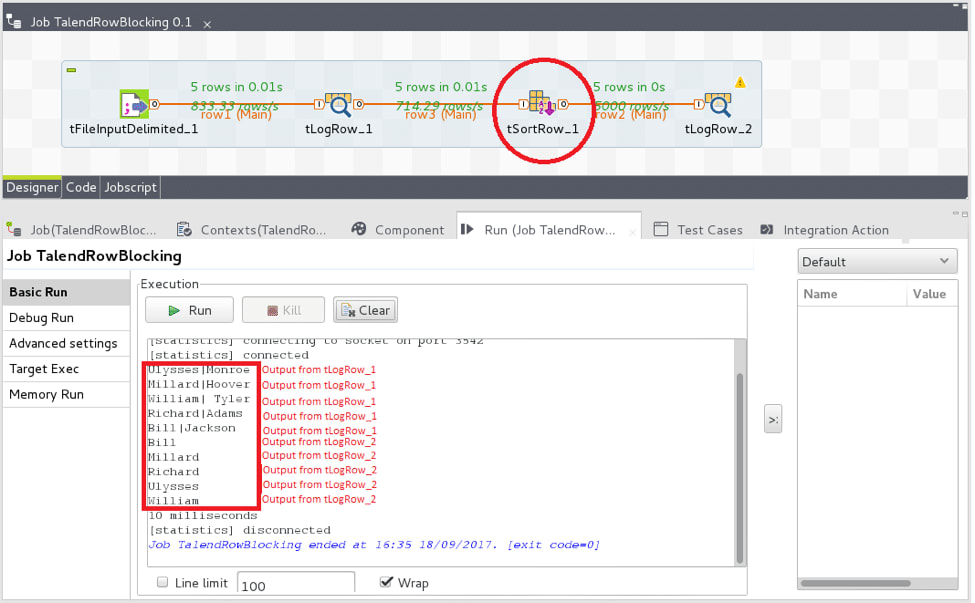 For jobs that have an iterate loop or a blocking component, one needs to be aware of the memory requirements for the job (e.g. if you are iterating over thousands of large input files or are sorting millions of rows or rows with many columns, you need to adjust the memory settings of the job to avoid runtime errors).

One of the first questions that I ask myself when I drop a component into the Studio canvas is – “Is this a blocking component?”. This helps me determine if I must tweak the memory required for the job. I highly recommend that you adopt the same approach to your job design.

From Informatica Transformations to Talend Components

In the second part of this blog, let’s map some of the most popular PowerCenter transformations to the equivalent Talend components:

You can find more details about these components in the Talend Components Reference Guide. Talend currently has 900+ components and connectors that help our users design and develop their data integration jobs much faster. And because we have our origins as an open source product, our users create connectors and components to share freely on the Talend Exchange.

Like I have stated earlier, it is important to understand the differences between PowerCenter and Talend, how Talend works and the best practices around it, so that you can deliver incredible value to your organization or clients by leveraging Talend as a data integration platform.