How to Build Microservices with REST APIs?

Why breaking monoliths in the first place?

Developers are moving away from monoliths in favor of microservices architecture, a way of building software applications so they consist of independently deployable, independently updatable services. These services each run a unique process and communicate through lightweight mechanisms to serve business goals. Monolithic applications are always built as single, autonomous units, which means that change cycles end up being tied to one another. A modification to one section might require an entire rebuild and deployment. Microservices allow developers to work on individual components of the application, radically reducing the need for synchronized updates so that each component’s team can work on their own best schedule.

Microservices architecture scalability is great for enabling support for a wide range of platforms and devices as web, mobile and IoT backend can be deployed, fixed, and updated independently of each other. Microservices are small and flexible, which means you don’t have to interact with a huge code base every time your team wants to make a change in the code. Instead, development teams can choose exactly the pieces of code they want to interact with and improve both productivity and maintainability. Finally, it promotes the idea of teams reusing each other’s code instead of developing independently and from scratch.

Microservices architecture is especially important for DevOps teams as it offers increased agility so the team can roll updates out much faster--and more tailored to each team’s timeline--due to shorter build, test, and deploy cycles. Reliability is also increased since an issue with one microservice only affects that microservice, not the entire application. This drastically reduces any possibility of the entire application failing. Microservices are also extremely modifiable, offering teams the ability to use new frameworks, libraries, and data sources. The main idea is that microservices architecture intentionally leverages agile principles, where the development effort is spread across cross-functional teams that work more independently.

Why REST APIs are a great fit for microservices?

As communication between microservices and with client applications has to happen fast with low overhead and network latency, REST APIs are a good fit. If the cost of working with JSON or XML is too high, it is easy to support a more optimized binary representation format such as ProtocolBuffer or Avro and also to upgrade to HTTP/2.0, reducing the interest of alternatives such as gRPC (also based on HTTP/2.0 and ProtocolBuffer). In case you need to support both regular API client and very performance sensitive one, you can have you REST API take advantage of HTTP content negotiation and support both JSON and ProtocolBuffer at the same time for example.

At Talend, we provide a REST Platform that helps DevOps teams quickly deliver microservices and more easily succeed in their API-First projects. You can learn more about each of these use cases below. 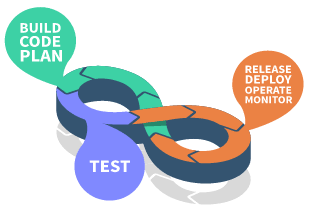