You know those internet rabbit holes you can fall down where you think you will be five minutes briefly reading a few tweets, then two hours later you’re reading something that awakens something in you? That rarely happens to me. Normally I end up wasting a couple of hours going from translating slang I’ve heard from my niece to finding out all about one of the Kardashian pets’ pampering preferences. However, the other day I had that rare, special experience while otherwise wasting neurons flicking through my Twitter feed. 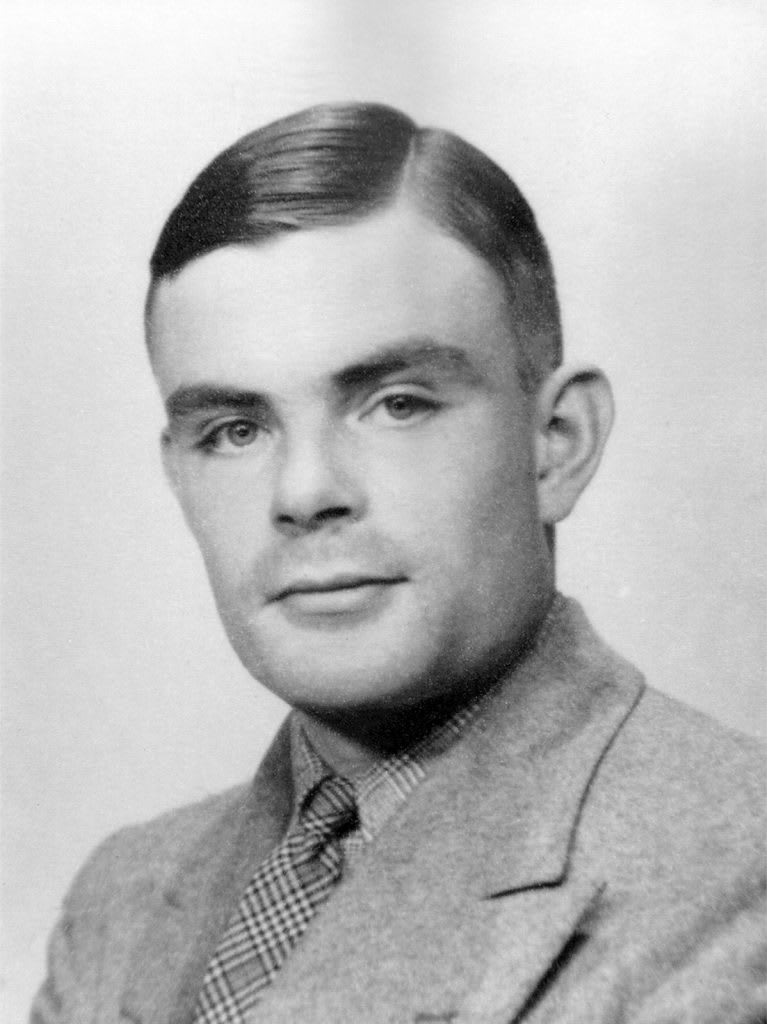 I came across a tweet about Alan Turing that read, “Alan Turing killed himself 67 years ago today. He broke the Nazi Enigma code in WW2, leading to the victory over Hitler. Turing was chemically castrated by the British state for being gay. His suicide warns us today of where intolerance and hatred can lead to. #PrideMonth”.

Little of this was news to me. I’ve been fascinated by Turing for as long as I can remember. I’ve seen practically every documentary about him and his work, and I’ve read whatever I have found about him. I even studied Computer Science with Artificial Intelligence at university in part because of him… and I still get caught in internet rabbit holes when he is used as bait. The man was a fascinating and brilliant, yet tragic, character.

We are currently in the middle of celebrating Pride month. Pride takes place in June each year to commemorate the Stonewall riots, which occurred at the end of June 1969. Ironically, (and the piece of information that got me looking into this) Pride month also encompasses anniversaries of Turing’s suicide toward the start of the month (June 7, 1954) and his birth towards the end (June 23, 1912). I’ve not found any evidence of a formal link between Turing’s birth or death and Pride month, but it got me thinking: this coincidence really does elevate Turing as an important character for people working in computer science to spend some time thinking about during this period.

While we are standing on the shoulders of many intellectual giants at Talend, Alan Turing’s shoulders carry an awful lot of the theoretical weight. Most of us know of Turing as the guy who cracked the Enigma code during World War II. The top secret work he and his colleagues accomplished is thought to have shortened the war by as many as two to four years. It’s fair to say that at least some of us at Talend may have had our family trees pruned long before we came to be, were it not for that unassuming Hut 8 at Bletchley Park. The film The Imitation Game covers much of that history (with an awful lot of dramatic license), but doesn’t really go into his importance in computer science and artificial intelligence.

In 1936, Turing published an idea on “automatic machines”. These were purely theoretical at the time, but were an incredibly innovative concept. Turing envisioned a machine that could be “programmed” to perform any algorithmic function on numbers without having to be rewired or physically changed. The machine would read a tape with a series of characters or instructions one at a time, process it according to a coded algorithm, then move the tape backwards or forwards as required.

Researchers in computer science still use “automatic machines” today as a simple way to see what happens in a CPU. Along with his doctoral supervisor Alonzo Church (who dubbed them “Turing machines”), he hypothesised a universal Turing machine: a theoretical machine which would be capable of reading and performing any algorithmic function. This concept is known as “Turing completeness” and is a defining feature of modern computing.

Today, we rely on artificial intelligence practically everywhere. From identifying subjects in images, to a smart assistant understanding a question you may ask and nailing the context, to searching for a specific segment in a video via image recognition and/or speech recognition with natural language processing, to heading towards a world of driverless vehicles. All of this has come from enabling computers to “learn from experience”.

In a lecture in 1947, Turing said, “what we want is a machine that can learn from experience”. The mechanism for this, he added, was the “possibility of letting the machine alter its own instructions”. This is arguably the first public lecture mentioning computer intelligence. It’s astounding to think about what Turing was theorising at a time when Colossus, the first electric computer was only four years old. Colossus is a far cry from the smart watch you are wearing now.

Turing’s theories are still used in modern day computer science. The “Turing test” as it is currently known, or the “imitation game” as Turing named it in 1950, is a test that he devised to see how well a machine exhibits intelligent behaviour. The test is incredibly insightful given that it would be decades before it could be put to use. It works on the premise that human intelligence should be sufficient to identify a machine imposter.

We’ve all interacted with chatbots when dealing with service organizations. While few, if any, even come close to passing the Turing test, huge leaps have been made in natural language processing and context awareness. I do like to test chatbots, which has led to some awkward situations… as it turns out, they aren’t all chatbots. Sometimes humans do not pass the Turing test! So, if you are working with Talend’s in-product chat and you get some weird questions, it could very well be because you have someone like me trying to figure out if you are a machine.

Turing wasn’t just prominent in cryptography and computing, and arguably the father of artificial intelligence. He also lent his expertise to mathematical biology. He was a true polymath who could have offered so much more to the world were it not for the fact that he did not conform to what the British establishment (in fact, most of the world at the time) believed to be “normal”.

Turing had to hide a fundamental part of his identity for fear of being labelled a criminal. It wasn’t until 13 years after his death that he could have been free to live and love with the similar rights as people today in the England and Wales (Scotland and Northern Ireland didn’t change their laws until the early eighties). In order to contribute towards saving an untold number of lives in World War II, Turing had to sacrifice a large part of himself to “fit in” with those who would benefit from his work.

I can’t claim to be able to even imagine what that was like. Being a heterosexual, white male identifying as a man, born in an affluent area of the UK, I am about as far as you can get from being excluded. Equity has never been something that I have had to fight for, or hide a part of myself to keep. In fact, I feel quite uncomfortable writing this. I can try and empathise, but I can’t possibly know what I am talking about and I certainly don’t want to be even close to coming across like this chap.

The only part of Turing that I can really relate to is his introversion. I’d love to claim that I could keep up with his level of geek, but I’d be kidding myself. So, what can I do? From talking with friends and listening to people whose experiences may be more closely aligned to Turing’s than mine, I have learnt that I can listen and allow what I hear to educate me. I can’t and I don’t want to lecture. That is not my role in this. However, I hope that I can contribute towards building up and strengthening the diversity of all groups I take part in; championing equity, fighting for inclusivity, and doing my best to make sure that every individual that I cross paths with has the opportunity to not just feel like they belong, but to know they belong.

If you’re interested in working at an inclusive company, we’d love to have you at Talend. Learn more on our Careers page.